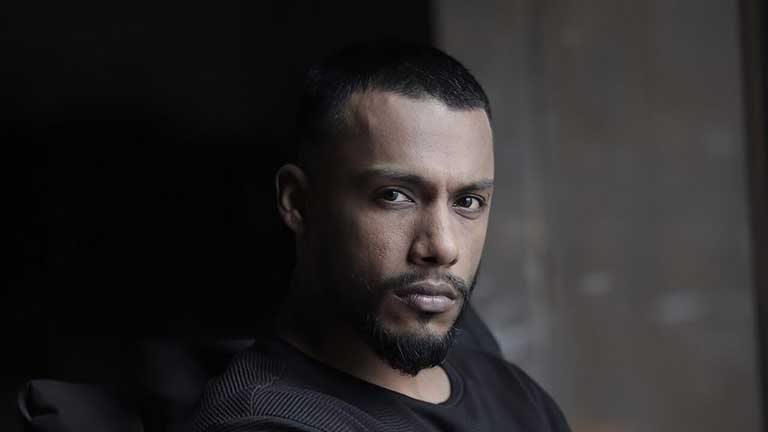 Dino James is a popular Indian rapper, singer, composer, and lyricist. He has a self-titled Youtube channel where he usually uploads music videos and the fact is that most of the lyrics of his songs are based on his real-life experiences and struggle faced by him.

Dino James was born on 12 November 1991 in a small village Ghoradongri of Madhya Pradesh, India. He is currently living in Mumbai and Dino James’s age is 31 years old.

We don’t have much information about Dino James parents all we know is that they live in a Ghoradongri and his father is an electrician.

Early Life: Dino James father was an electrician. Dino was not interested in the study from childhood. So he used to help his father in their work.

Dino wanted to be an actor. He came to Mumbai in 2002 with lots of dreams. After spending around 2 years in Mumbai he got a job in an advertisement agency. He worked there on three or four short ads. Every colleague told Dino he couldn’t be an actor, he could be a good writer.

One day Dino was sitting in a park where he saw a boy doing the practice of playing guitar from that moment Dino got interested in music and got a thought of becoming and singer.

Career: On 17 October 2016, Dino James first rap song titled “Loser” got released on BeingIndian channel and that song was somehow based on the life story of Dino James and it was a motivational rap song by him. That song got a lot of positive reviews from everyone also the song went trending on YouTube at that time. Now that song has 20 Million plus views on YouTube. 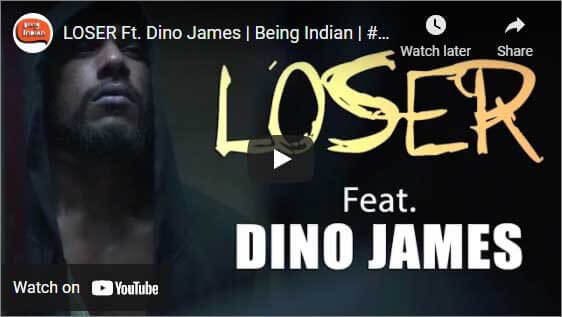 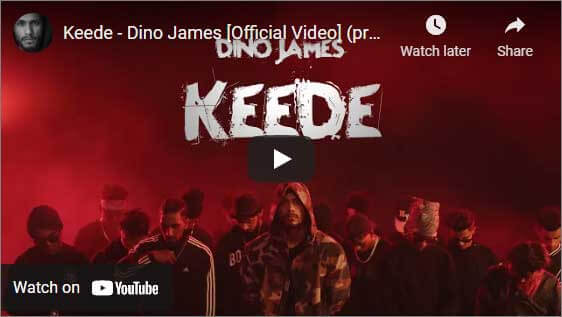 He also collaborates with Girish Nakod to make “Dhoka Hai Tu” music video, which also receives millions of views. And people can relate that song with themselves. He himself do all the work like songwriting, composing and making without any team we can say that Dino James is a very hard working singer.

After his 2 hit songs, Dino stared at making many motivational songs like “Kaliya,” Unstoppable, Maa, one by one. He had now about 11 songs on his channel with millions of views, but his super motivation songs won people’s hearts.

He just feels that his life makes a poem about each feeling and then he combine all those poems and makes a rap song with lots of motivational words. Dino James is a respectable rapper because he brings a very realistic approach to raping. His songs show his fight. His songs have words that touch your heart directly.

Some Other Additional Facts About Dino James

When Dino James was in a breakup kind of situation he got the idea of making a rap song about Girlfriend and that is how he created the Girlfriend, Dino James took 50 days for writing that song.

These were the latest information about Dino James Rapper Biography, Height, Age, Family, Girlfriend, Wiki & More Please do share guys this post with your friends and keep visit on NamesBiography.com for Indian celebrities biographical updates. You may share your experience or any kind of suggestion with us by leaving a quick comment below. Thank You!