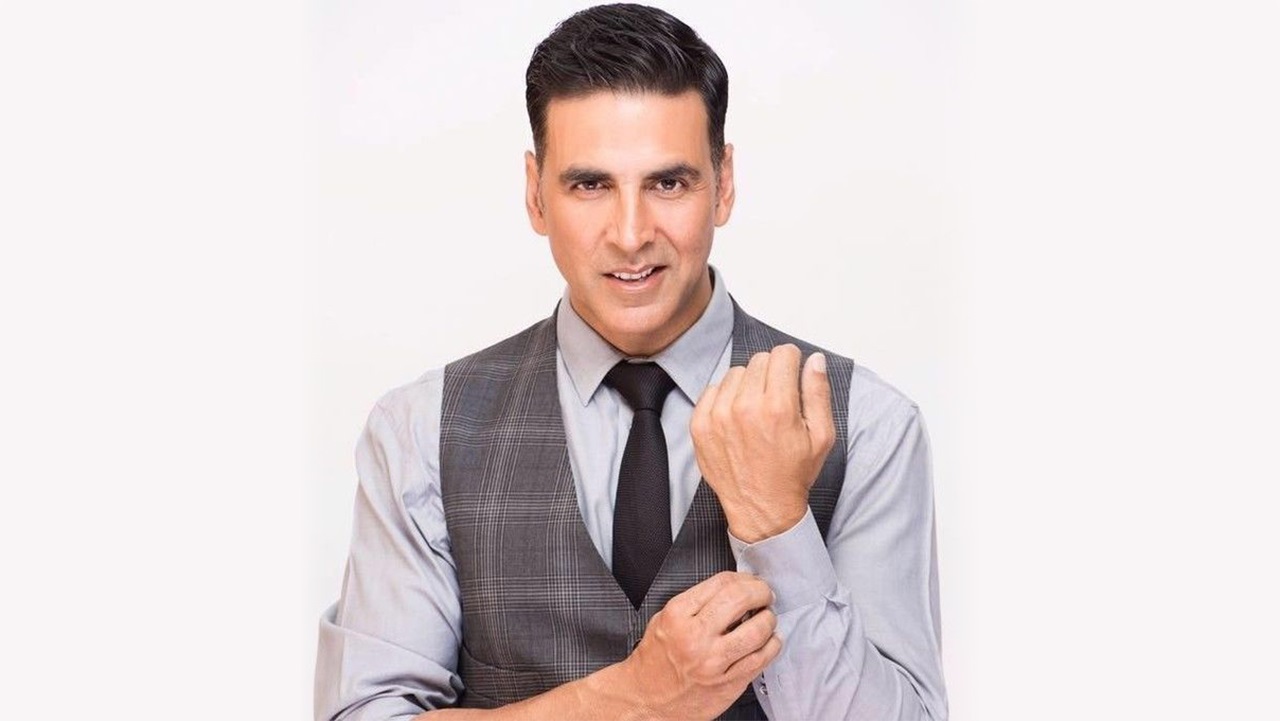 Akshay Kumar is a Canadian actor and producer who lives in Mumbai. Akshay Kumar birth name is Rajiv Hari Om Bhatia. He is not only an actor but also a philanthropist, stuntman and martial artist. He was once a chef in Bangkok and now he is in the list one of Bollywood’s highest-paid actors. Let us know more about him.

Akshay comes from the Hindu family of Punjabi. His father, Hari Om Bhatia, was a government employee who later resigned to UNICEF as an accountant and served as an army officer. Akshay’s father was late Dara Singh’s companion. Aruna Bhatia, his mother, was a homemaker. He sister is, Alka Bhatia.

He studied martial arts in Hong Kong before becoming an actor and worked there as a chef. He tied the marriage knot to Twinkle Khanna and their son Aarav was born on September 15, 2002. He is often called India’s Bruce Lee for his expertise in martial arts.

Akshay Kumar decided to try his luck in acting on the insistence of his friends. He received an offer from Raj Sippy to act in his film Saugandh (1991), which couldn’t do well in the box office, after working for a few modeling assignments. It was the thriller’ Khiladi’ of Abbas-Mustan that made him a star.

He made a number of Khiladi films, such as’ Khiladiyon Ka Khiladi,” Mr. And Mrs. Khiladi’ and even a’ Khiladi international.’

The comic role of Akshay Kumar in Mr. and Mrs. Khiladi (1997) was not very successful. But he finally established his talent and proved that he could act with equal ease in action films, romantic films, and even comedies. Hera Pheri was released in the year 2000 and became a hit.

Some Other Additional Facts About Akshay Kumar

Akshay was born in a Punjabi family in Amritsar and grew up in Old Delhi, but later he moved to Koliwada in Mumbai.

He has been interested in acting and martial arts since his childhood and started his training in class 8.

The acquaintances were his father and Dara Singh.

He learned Muay Thai in Bangkok before joining the film industry and is also a Black Belt in Taekwondo.

In a restaurant called Metro Guest House in Bangkok, he worked as a waiter to earn his living where his initial salary was ₹1500.

He even worked as a peon for a travel organization in Kolkata after he returned to Mumbai. Then he taught people martial arts.

When one of his students, a photographer, recommended him to a modeling agency, he tried his luck in modeling. After success, he changed his name from Rajeev Om Bhatia to Akshay Kumar, as he saw a film in which the actor named Akshay was named opposite his favorite actress.

When he came to Mumbai, he shot his portfolio in the same place he now owns, his Juhu Bangalow.

He made his 17-second debut performance as a Karate Instructor in the movie “Aaj” in 1987.

Akshay was about to start his modeling projects in Bangalore, but he missed his flight and wandered in Natraj Studio, where he met Pramod Chakravorty and signed the movie Deedar.

He went to the audition in Rajesh Khanna’s movie “Jai Shiv Shankar” in the early 90s and waited in the set for about 4 hours, but being auditioned was something else, he couldn’t even meet him.

He was the first choice for the movie “Phool Aur Kaante,” but Ajay Devgn passed his demand for more money.

His first signed movie was Deedar, while his first release was Saugandh.

While shooting for the movie “Khiladiyon Ka Khiladi,” he lifted Brian Lee (weighed 350 pounds), which led to back pain, after which he was hospitalized for a while.

His comical performance in “Hera Pheri” rocked the audience after giving a series of flops in a row and rolled them in the aisles. After this film, a new Akshay Kumar with a comic talent was born in the media.

Although Hera Pheri’s sequel to Phir Hera Pheri was another big super hit, Akshay criticized the movie by saying it was big nonsense.

He got engaged twice with actress Twinkle Khanna, the daughter of the famous actor Rajesh Khanna and Dimple Kapadia, and he married her on 17 January 2001. Two children are blessed: One son and one daughter and Akki prefer to keep their kids away from the media and give them a normal lifestyle.

In the news, he was invariably blamed for shortening the roles of his co-stars. He was also held responsible for removing the Garam Masala and Bhagam Bhag roles of John Abraham and Govinda.

He has played double roles in Jai Kishan, Aflatoon, Khiladi 420, Chandni Chowk To China, and Rowdy Rathore in his film career.

In addition to performing, he also sang Punjabi devotional song “Nirgun Raakh Liya” and whatever the album’s profit, it was donated to the victims of Mumbai’s train bombings.

In 2008, he received an honorary doctorate in law from the University of Windsor for his outstanding career in acting. The same year, he was listed by People Magazine as “The Sexiest Man Alive.”

OMG: Oh my God, the bike Akshay rode for 1 million rupees in his movie.

The audience critically acknowledged Akshay’s performance in Gabbar Is Back, but his daughter was not happy with his long beard, which he grew up in his character, Aditya.

He’s pretty emotional about his life’s’ firsts,’ as he still kept his first car, motorcycle, and house.

Akshay is popularly named “Khiladi Kumar of Bollywood,” as he made eight films with the title Khiladi in it-Khiladi, Main Khiladi Tu Anari, Sabse Bada Khiladi, Khiladi Ka Khiladi, Mr, and Mrs. Khiladi, Khiladi 420, and Khiladi 786. He is a fitness freak and carries out activities such as basketball, swimming, kickboxing and staying in shape.

His co-star Lara Dutta revealed in an episode of Koffee With Karan that he is very terrible in dialogues. The crew members use different tactics to help him in his dialogues, including holding a piece of paper in front of him, sometimes on the heroine’s costumes, and many others.

His extraordinary role in Rustom in 2016, based on Naval Officer K. M. Nanavati’s real-life incident, was his first time as a Parsi and was highly admired by the audience.

Because of his phenomenal performances in films called Namastey London, Holiday, Baby, Gabbar Is Back and Airlift, Akshay Kumar is also referred to as “New-Age Manoj Kumar aka Bharat Kumar.”

Akki is a little superstitious and has never written anything on a page if he doesn’t write an “Om.” on it.

In 15 movies, Akshay played the role of a police officer.

He shares his birthday with his former friend, Raj Kundra, the husband of Shilpa Shetty.

He learned Arabic for his role as a Kuwait-based Airlift businessman.

He has also made social awareness films to raise and eradicate certain social abuses or tabus – “Toilet: Ek Prem Katha” and “Padman” are just a few.

These were the latest information about Akshay Kumar Biography, Age, Wiki, Height, Wife, Family, Children & More. Please do share guys this post with your friends and keep visit on NamesBiography.com for Indian celebrities biographical updates. You may share your experience or any kind of suggestion with us by leaving a quick comment below. Thank You!