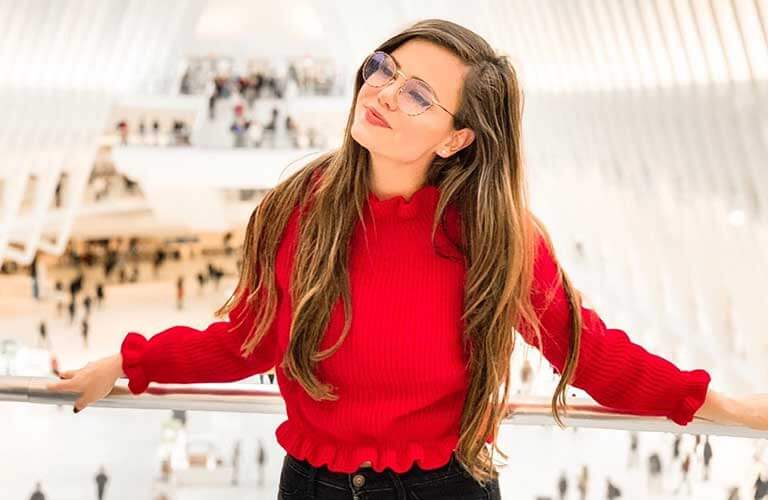 Young talented singer and songwriter Tiffany Alvord was born on December 11, 1992, in La Canada Flintridge, California, to Cherie and Kurt Alvord. She has five elders and one younger brother, namely Travis, Tyler, Thomas, Todd, Trent, and Tenvin. Tiffany is a graduate of Brigham Yong University, located in Provo, Utah.

She created her YouTube channel in 2008 for posting her cover and original songs. Her first album, “I’ve Got It Covered,” was released in June 2011. Since then, she has released many cover and original albums. She is having a subscriber count of 3.15 million and 705 million video views on YouTube. She has performed at Times Square on New Year’s Eve 2012 with Taylor swift, PSY, Carly Rae Jepsen, and Train.

She was dating songwriter and singer Tanner Patrick in 2014. They decided to part their ways in 2015 due to personal reasons. Tiffany is presently having a lovey-dovey relationship with her long-time boyfriend, Cobus Potgieter.

He is a drummer and active on various social media platforms. You can often spot the photographs of the adorable couple on Tiffany’s social media accounts.

With the revenue from her tours and performances, YouTube channel, and brand endorsement Tiffany has a estimated net worth of $2 million. She endorsed many brands like Disney, Alexa, Bioclarity, Intel, Ralph Lauren, Pandora, and Verizon.

She is estimated to earn around $40,000 per year from her YouTube channel. With her hefty earnings, she lives an abundant life with her family in Los Angeles, USA.

Her mother and now her manager Cherie Alvord always acted as a supporting pillar for her daughter. At the same time, her father, Kurt Alvord, runs a small business in California. She grew up in a large family of seven siblings. She has five elders and one younger brother: Travis, Tyler, Thomas, Todd, Trent, and Tenvin Alvord.

She attended an elementary school in California along with her brothers. She is a graduate of Brigham Yong University, located in Provo, Utah.

She learned her very first musical instrument, the Piano, at the age of nine, and she wrote her first song at ten. Then she leaned to play Guitar at fourteen. From a very young age, Tiffany wanted to be an Olympic-level Gymnast. She trained herself for four years and participated in many official Gymnastic events for almost a decade. She injured her wrist while performing in the competition and became unfit for gymnastics.

Music proved to be a healing power for her loss. Thus, she decided to pursue a full-time career in music. She dropped the idea of getting admitted to a college to focus on her music career. In 2008 at the age of fifteen years, she created her YouTube channel and started posting original and cover songs in her voice.

Tiffany released her first independent album, “I’ve Got It Covered,” in June 2011, featuring ten cover songs. She released her second studio album and first-ever original “My Dream” with Tote Music Group in December 2011.

She came to the limelight after winning the 2012 ArtistSignal competition. She released her fourth album, “My Heart Is,” in September 2014 on iTunes with great enthusiasm. Her subscriber count increased tremendously after her third release, “I’ve got it covered Vol.2,” in June 2014.

With her ever-increasing fan following, she got a chance to perform on the Nivea stage at Times Square on New Year”s eve of 2012. She shared the stage with famous artists such as Taylor Swift, PSY, Carly, Rae Jepsen, and Train.

She started performing in various parts of the world and has got a huge fan base. Her live performance at London Hippodrome was a historic hit. She performed at many sold-out shows in Europe, South-East Asia, and West Coast.

Tiffany”s sweet voice lead to her being featured in many prestigious publications, including the Wall Street Journal, New York Times, and Fortune magazine.

Tiffany is undoubtedly a social media star with 3.15 million subscribers and 705 million video views on Youtube and 2.6 million followers on Facebook.

Being a multifaceted personality, Tiffany is also fond of acting. She had performed in local theaters for nine years during her early days. In 2017 she got a chance to play the role of lead actress in the comedy film “School Spirits.” She was also featured in the web series “Guilty party” as Emma Wilson. In the second season of the “Guilty Party,” she was spotted in the role of Harper Vince.

She was nominated for the Kid’s Choice Blimps Award for favorite viral music artist of 2017.

We hope you enjoyed reading the latest biodata for Tiffany Alvord, including her age, boyfriends, income, and more. We will update their profile as soon as more information becomes available.