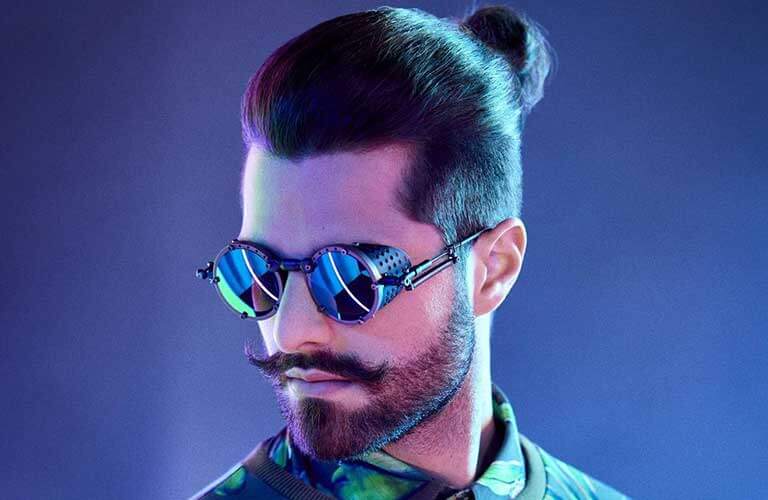 Globally acclaimed musician and remix master DJ Alok was born on August 26, 1991, in Goiania, Brazil to well-known Brazilian DJs Ekanta and Swarup. He started playing guitar and learning electronics from the tender age of 10 years at his father’s rehearsal studio. In 2004 at the age of 12, he started producing psytrance under the name Logica with his fraternal twin brother Bhaskar Pertilo. He opted for his solo career in 2012. He was listed as the best DJ in Brazil by House Mag in the year 2014 and 2015. He is the only Brazilian to get ranked in the top 25 world DJ ranking hosted by DJ Magazine in 2016, 2017 and 2018.

Alok is at the 5th spot in the DJ Mag top 100 polls 2020 and also featured in Forbes 2020 ’30 under 30’ list. He owns his label ‘UP Club Records’ since 2016. His big hits include ‘Hear me now’ which was listed in the top 20 billboard electronic and Dance songs chart,’ Don’t Cry for Me’ ‘Don’t Say Goodbye’ and remixes for Dua Lipa and The Rolling Stones. He enjoys a net worth of $10 million. He was married to his long-time girl friend Romana Novais a medical graduate since 2019. Together the couple has 2 childrens a baby boy Ravi and a daughter Raika.

Alok never revealed much about his dating and personal life in media, the news that he was going  to get married to Romana Novais in 2019 thrilled his fans. Romana was expecting his baby and thus they decided to tie their knot for enjoying their life as a proud parent.

Romana Novais is a medical graduate from Dermatology. The couple was blessed with a baby boy named Ravi and the very next year in December 2020 the couple completed their family with the entry of their baby girl Raika.

With his record label, royalty from songs and TV appearances and sponsorships music marvel DJ Alok enjoys a net worth of $10 million and is among one of the most successful DJs in the world. DJ Alok is also associated with many social causes.

He opened the ‘Alok Institute’ dedicated to Human and Environment development in the world, especially in Brazil. He donated 5.2 million dollars to the foundation which is one of the biggest donations made by any Brazilian artist.

World-famous musician and DJ, Alok was born on August 26, 1991, in Goiania, Brazil. His full name is Alok Achkar Peres Pertillo. He is the son of two well-known psytrance DJs in Brazil DJ Ekanta and DJ Swarup. The couple is famous for creating Universo Paralello, an electronic music festival in Bahia. He completed his primary schooling with his non-identical twin brother Bhaskar Pertillo in his home town Goiania. Alok and Bhaskar started their music career together back in 2004.

With the feel of melody in his blood, Alok was inclined towards music since his childhood. He started learning music and remixes at his father’s rehearsal studio at the age of 10.  In 2004 at the age of 13 years, Alok started a collaborative project of producing psytrance under the name Logica along with his brother. They were famous locally for their music; however, he came to fame late in 2010. He started his solo career in 2012 with a venturing house and released his first solo ‘Superstition’.  After that he released several albums including some solos and a few collaborations under different labels. But all of them performed averagely. In late 2016 his solo song ‘Hear Me Now’ under label spinnin’ records co-produced by Bruno Martini and featuring vocalist Zeeba got a massive success. His life took a successful turn afterward and he managed to establish himself as one of the best DJs in the country.

Alok is one of the most well-known icons of the Brazilian electronic music panorama. He was listed as the best DJ in Brazil by House Magazine successively in 2014 and 2015. He is the only Brazilian who succeeded to get ranked in the top 25 world DJ ranking hosted by DJ Magazine in 2016. In 2017 and 2018 he got listed at 19th and 13th position respectively in the same list of DJ Magazine. He is in the 5th spot in the DJ Magazine top 100 poll 2020. He is also featured in Forbes 2020 ’30 under 30’ list. His most famous song ‘Hear Me Now’ released in 2016 was listed at number 20 on the US Billboard Electronic and Dance songs chart.

He won the International dance music award for the best remix for his song ‘Piece of Your Heart’ in 2019. He got the best DJ award in 2019 at ‘Premio Jovem Brasileiro’ music festival. Besides these, he was nominated several times at many prestigious music awards. He had worked for some big labels like Spinnin’ records, Warner Music, and House Mag records. DJ Alok became a producer when founded his own record label in 2016 the ‘UP Club Records’. He excels in many genres namely House, EDM, Deep house, Future House, and Brazilian bass. His personal favorites being the Brazilian bass as it describes his bright, feel-good mixture of restrained tech-house and festival-friendly EDM.

Internationally renowned DJ and producer Alok has over 201 billion streams and 14 million monthly listeners on Spotify. His massive hits include ‘Hear me now’,’ Don’t Cry for Me’ ‘Don’t say goodbye’, and remixes for Dua Lipa and The Rolling Stones.

We hope you enjoyed reading the latest biodata for DJ Alok, including his age, girlfriends, income, and more. We will update their profile as soon as more information becomes available.

You can show your admiration for Alok by leaving a comment below.