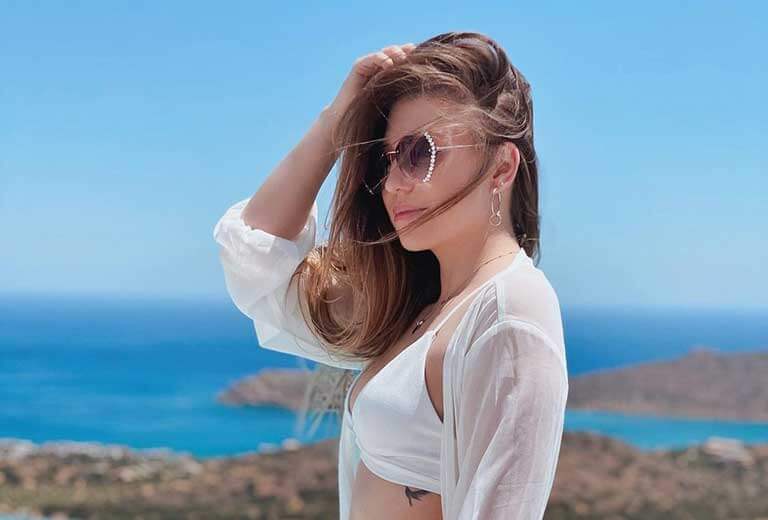 Bianca Heinicke is a German social media star and fashion influencer famous for her YouTube channel BibisBeautyPalace. With 6 million followers and an estimated net worth of over $15,000,000, she is among the highest-earning on YouTube in Germany.

Bianca has even featured in two movies, Kartoffelsalat in 2014 and Ritter Rost 2 in 2017. She is married to Julian Claben, another YouTube sensation, and together they have two children. Check out her full write biography below.

Bianca Heinicke, the German star Youtuber, was born on 6 February 1993 in Cologne, Germany. She was born to German parents whose names and identities are still unknown. She grew up with her sister Nadine Heinicke in Cologne, North Rhine-Westphalia, Germany.

After completing her Abitur, she joined the college to study social sciences, but destiny has planned something bigger. She was a beauty and fitness fanatic from her childhood, which compelled her to do something in beauty and makeup. She started her youtube channel ‘Bibisbeautypalace’ in December 2012 and began posting videos related to beauty, makeup, lifestyle, traveling, and challenges. Later, she dropped out from her college to concentrate on her channel.

In less than two months, her channel gained about 500 subscribers; after that, she never looked back. To date, her channel has 5.92 million subscribers and more than 2.5 billion views. Once she started receiving enough income from her channel, she researched beauty products and started her beauty brand under the name ‘Bilou’, which means ‘Bibi loves you.’ The flavored shampoos of her brand are quite popular among her fans and followers.

In 2014 she won a Google Play award in the category of beauty, fashion, and lifestyle, and in 2017 she became the 4th most popular you tuber in Germany. She also featured her voice in the movie Ritter Rost 2: Das Schrottkomplott (2017) and played Perle’s role in Kartoffelsalat (2015).

Talented and hard-working Bianca owns a net worth of $15 million. With her handsome net worth, she enjoys a lavish lifestyle with her family and loves to help the needy. The YouTube star is associated with charities like starlight children’s foundation.

She started dating the German You Tuber Julian Claben in 2009. After nine years of dating, they finally took their vows in 2018. Their fans nicknamed the duo “@Julianca.” The couple announced their first pregnancy on 12 May 2018, and Bibi enjoyed her motherhood for the first time on 4 October 2018. She gave birth to a baby boy Lio. Later in march 2020, she was blessed with a baby girl and named her Emily.

The young social media star and the mother of two is an inspiration for all those who want to look best while taking care of their family responsibilities.

We hope you enjoyed reading the latest biodata for Bianca Heinicke, including her age, boyfriends, income, and more. We will update their profile as soon as more information becomes available.

You can show your admiration for Bianca by leaving a comment below.