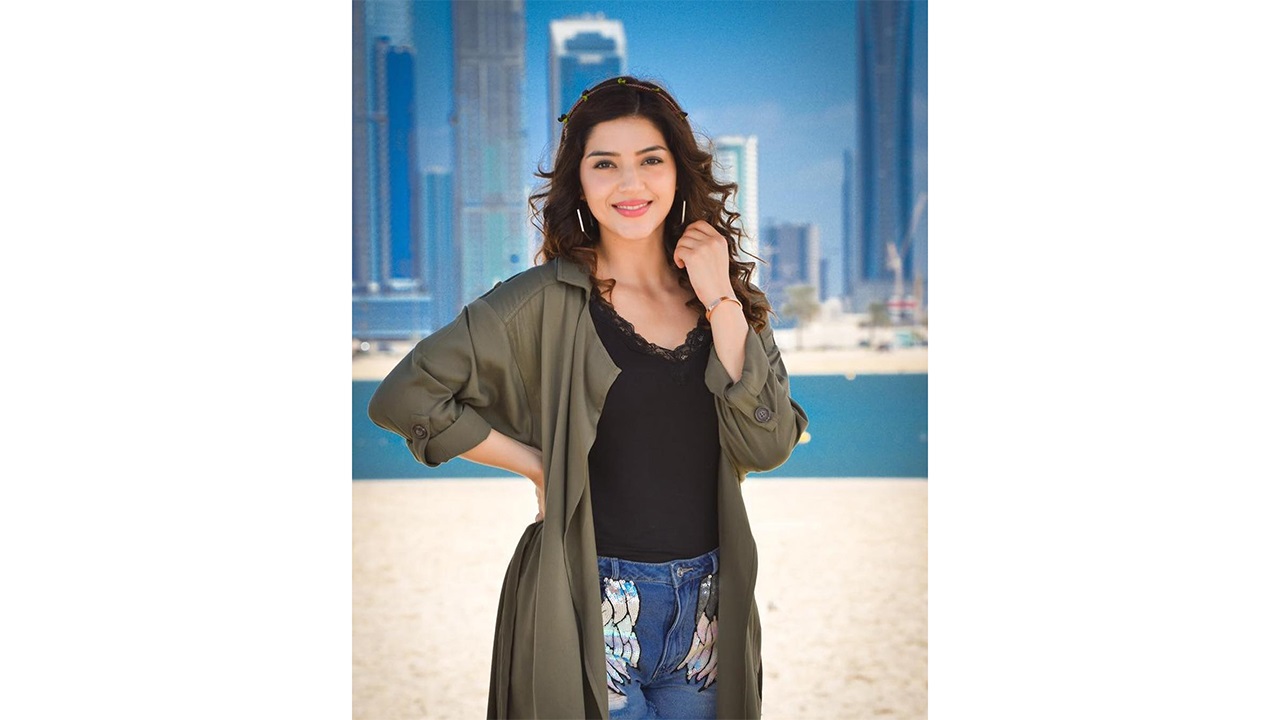 Mehreen Pirzada is an Indian model and actress who acts mostly in Telugu films. Mehreen Pirzada was born in Bhatinda, Punjab, India on 5 November 1995. She was born in a Sikh family. Her dad is an agriculturist and her mother a housewife. She has a younger brother, Gurfateh Pirzada, who is an actor and model.
Mehreen Pirzada is graduated and she is a very beautiful and very talented Actress & Model. Mehreen Pirzada made her debut with Krishna Gaadi Veera Prema Gaadha, a Tollywood film in which she was paired opposite Nani. In 2017 Mehreen debuted with Phillauri in Bollywood. Her remarkable works are Mahanubhavudu, Raja The Great, Nenjil Thunivirundhal, and Jawaan.
At the age of ten, Mehreen made her first ramp walk and won the title of Kasauli Princess on a beauty pageant. Later she was awarded as the Miss Personality South Asia Canada in Toronto in the year 2013.
She has modeled through Jemini Face Modeling company for popular designers and has acted in many commercial ads in Canada and India. She is also the Face of Dove India (The Dove Foundation India) ( International Print) and recommends Nikon, Pears, and Thums Up on TVC and the print media.

Some Other Additional Facts About Mehreen Pirzada

Even in her school days, Mehreen ‘s leadership skills were evident. She was not only the vice-captain of her house at Mayo College Girl’s School but also a member of the school’s student council.
She aspired to become a doctor as a child.
Mehreen graduated with internationally recognized programs such as the International Certificate of Secondary Education and the International Baccalaureate Programme.
Mehreen chose Air Pistol when her mother gave her the option to choose a sport. She was eventually selected for pre- nationals twice; however, due to interim high school examinations she failed to seize both opportunities.
She was an active member of the  International Rotary Club (IRC) and volunteered for the National Cadet Corps ( NCC).
Mehreen is a trained Bharatnatyam dancer and has participated in several international dance festivals in the country.
She made a dream debut with the Tamil film Krishna Gaadi Veera Prema Gaadha( 2016), as the film proved to be a blockbuster both in India and the United States.

Facebook: https://www.facebook.com/mehrpirzada
Instagram: https://www.instagram.com/mehreenpirzadaa
Twitter: https://twitter.com/mehreenpirzada
These were the latest information about Mehreen Pirzada Biography, Height, Weight, Age, Wiki, Boyfriend, Affairs, Family & More. Please do share guys this post with your friends and keep visit on NamesBiography.com for Indian celebrities biographical updates. You may share your experience or any kind of suggestion with us by leaving a quick comment below. Thank You!