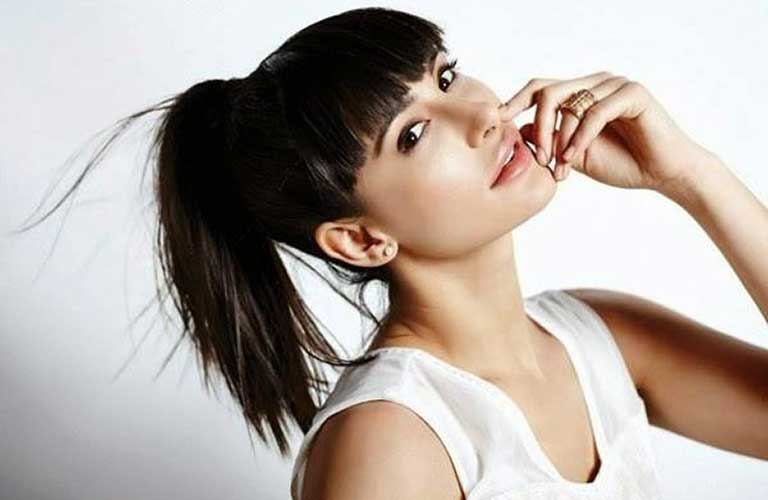 Nargis Fakhri, born on 20 October 1979, in Queens, New York, United States, is an American model and actress most known for her work in Bollywood movies. She began her career as a model before moving on to acting in 2011 with Rockstar.

Later, she appeared in the political thriller Madras Cafe as a war correspondent (2013). Main Tera Hero (2014), Spy (2015), and Housefull 3 are among her other hit films (2016). She is also a trained Kathak dancer, which is a challenging form of classical dance.

Nargis Fakhri had been spotted dating Uday Chopra, which got huge media coverage. Unfortunately, the relationship didn’t last, and they broke up in late 2017.

In 2018, she was dating Filmmaker Matt Alonzo, and it was rumored that the pair were living together in New York. However, during the promotion of her movie Amavas, she refused to give any statement about her personal life. She had deleted all their photos and images together from her Instagram account, giving the impression that they had a pretty bad breakup.

Nargis Fakhri has obtained a BA with a major in Fine Arts and a minor in Psychology.

The estimated net worth of Nargis Fakhri in 2021 is $15 million. She receives on average 1-2 crores for a single movie.

Most of her income comes from modeling advertisements, music videos, and films. She also owns some residential properties in the USA and a luxurious house in Mumbai.

Nargis Fakhri was born on 20 October 1979 in Queens, New York, USA. Her father, Mohammad Fakhri, was Pakistani, and her mother, Marie Fakhri, was Czech. Mohammad worked as police officer while Marie was a mechanical engineer. Besides Nargis, they had another daughter whose name is Aliya Fakhri and who is younger than Nargis. Nargi’s parents, unfortunately, parted their ways when she was six. A few years later, her father died.

Nargis considers herself a global citizen because of her mixed Pakistani and Czech ethnicity and American nationality. According to her, she doesn’t follow any religion. She is an American model/actress and has worked in both domains. She has done numerous Hindi movies as well as Hollywood movies and has also done modeling. She is also a trained Kathak dancer, which is a challenging form of classical dance.

Nargis Fakhri made her Bollywood debut alongside Ranbir Kapoor in Imtiaz Ali’s Rockstar in 2011. In the movie, she played Heer, a fun-loving and extroverted girl who is the uncontested diva of the college campus and has shattered many hearts. In this movie, Fakhri’s voice was dubbed over by voice artist Mona Ghosh Shetty due to her weak knowledge of Hindi. At the 13th IIFA award event, both Nargis and Ranbir were won the coveted IIFA Hottest Pair of the Year Award for their roles in Rockstar.

She played in Shoojit Sircar’s political thriller Madras Cafe alongside John Abraham in 2013. Later that year, she had a special appearance in the action-comedy movie Phata Poster Nikhla Hero and performed in the item number “Dhating Naach” alongside the film’s lead star Shahid Kapoor. In 2014, Nargis Fakhri starred alongside Varun Dhawan and Ileana D’Cruz in the rom-com Mai Tera Hero, directed by David Dhawan. The film garnered a lukewarm response at the box office and failed to make a lasting impression.

She then starred alongside Salman Khan in the popular item number “Yaar Naa Miley” for Sajid Nadiadwala’s action thriller Kick. The song was well-acclaimed by critics and became extremely popular in the audience. Later that year, she starred in Paul Feig’s action-comedy Spy, her first project in Hollywood. Spy was one of the year’s top-grossing films, grossing $235.7 million worldwide.

Nargis started her 2016 with the Tamil film Saagasam. She had a special appearance in the item number “Desi Girl,” with the film’s lead actor Prashanth. Later the same year, Nargis Fakhri starred in Azhar, a film based on the life of Mohammad Azharuddin, the former captain of the Indian cricket team, in which Emraan Hashmi played the lead character. Next, she featured alongside Abhishek Bachchan in Housefull 3. Nargis finished out of 2016 with Ravi Jadhav’s musical Banjo, co-starring Riteish Deshmukh.

In 2017, she was selected as a One Young World counselor with Kofi Annan, Doutzen Kroes, and Cher to speak at the organization’s summit in Bogota. In 2018. Nargis then performed in her second Hollywood film, the romantic comedy 5 Weddings, opposite Rajkumar Rao.
She started her 2019 with Amavas, directed by Bhushan Patel. As of March 2019, Fakhri and Sanjay Dutt have completed work on the action thriller Torbaaz.

Nargis Fakhri played the character of Heer Kaul in Rock Star, which is her most critically acclaimed performance. She won the IIFA award alongside Ranbir Kapoor in 2011 for the hottest pair. She was nominated for the other three awards for the same movie, including the Film fare award for the best female debut, Stardust Awards for the Superstar of tomorrow, and Zee Cine Awards for the Best Female Debut. She was nominated as the Most Entertaining Actor in a Social/Drama Film for her movie Madras Café.

She won Filmfare Glamour and Style Awards for her stellar performance in Main Tera Hero. She was also nominated for the best supporting performance. More nominations followed for her films Spy and Housefull 3. Nargis was also the first Pakistani-origin woman to appear on America’s top model contestant. She was the first girl to be recalled twice on the show. Nargis is also a brand ambassador of famous women’s wear called Van Heusen Woman.

We hope you enjoyed reading the latest biodata for Nargis Fakhri, including her age, boyfriends, income, and more. We will update their profile as soon as more information becomes available.

You can show your admiration for Nargis by leaving a comment below.