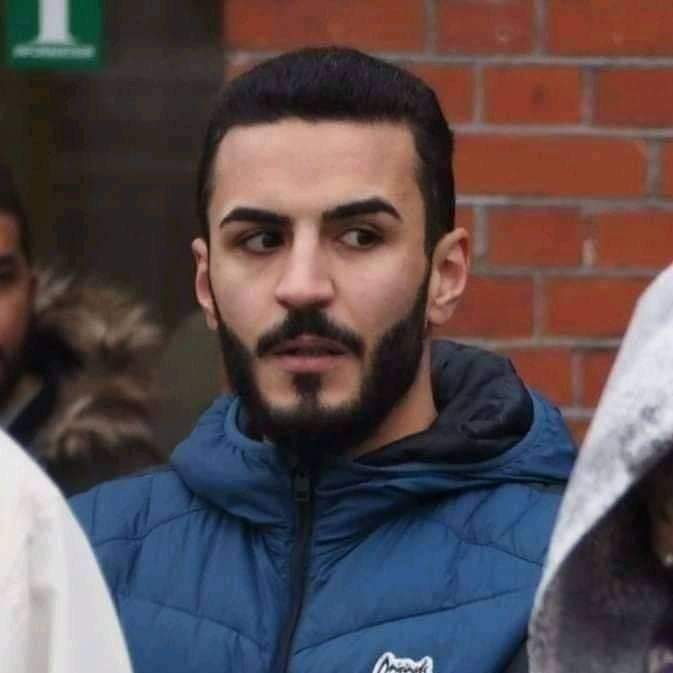 Umer Ilyas is a man who recently got viral as (Defender Of Quran or Muslim Hero) because he interrupted the anti-Islam rally last week in which he stopped another man from burning a copy of the Muslim’s religious book Holy Quran in Norway. And after this incident, he is getting viral over social media and for his courage and heroism, peoples have titled him as Defender Of Quran.

Muslims around the world is praising his deed.

In the video, which has since gone viral, the Muslim man, now identified as Ilyas, could be seen jumping into the barricaded circle to save the Holy Book from being profaned.

Umer Ilyas is now a social media hero, and social media users around see him as the hero of the Muslim world and one of the greatest defenders of Islam and the Quran in modern times. Let us read about the incident and Umer Ilyas.

Umer Ilyas is the man who jumped out of the fence and saved the Holy Quran from burning won millions of hearts in the anti-Islam protest in Norway and is now seen as the defender of Allah’s Islam.

His video got viral, and Umer Ilyas is getting widely appreciated for the boldness and courage he has shown. He attacked a protestor who burned the Holy Quran in front of hundreds of people in Norway.

Umer Ilyas is now a social media sensation, and users see him as the hero and one of the greatest defenders of Islam in modern times.

DG ISPR has also taken to his personal Twitter address and “saluted the brave Ilyas” for displaying the courage to stop a deplorable action.”These islamophobia-based provocations only promote hatred and extremism. All religions are and must remain respectable. Islamophobia is a threat to world peace and harmony, “he said.

Salute to brave #Ilyas for displaying courage to stop an absolutely deplorable action. Such Islamophobia based provocations only promote hatred & extremism. All religions are and must stay respectable. Islamophbia is threat to global peace and harmony.#TheGloriousQuran#Norway pic.twitter.com/CRahq5mazf

However, after trying to defend the Quran, he got caught by the police, and as of now, he is in the custody of the Norway police.

This act of desecration of the Holy Quran in the mostly Muslim-populated area of Kristiansand the Norwegian far-right group provoked anger and condemnation on the part of Muslim nations.

The man, Lars Thorsen, who burned the Quran in Norway, belongs to the anti-Islamic organisation Stop the Islamisation of Norway (SIAN) while performing the deed in the Muslim-populated town of Kristiansand.

The young Muslim man named Ilyas Umer, jumped into the barricaded circle to save the Holy Book from being profaned and kicked the SIAN leader. The scuffle was soon stopped by the police, however, and the two were taken into custody.

At first, two copies of the religious text were thrown into the trash cane during the protest and second when Thorsen set fire to another.

Pakistan and Turkey have strongly condemned the Norwegian authorities, urging them to take strict action against the blasphemy act.

In his weekly news briefing in Islamabad on Thursday, Foreign Office Speaker Dr Muhammad Faisal said that Muslims respect other religions and expect followers of other religions to respect their religious sentiments as well.

In a written statement which is written by the Turkish Foreign Ministry, they called on the Norwegian authorities to stop anti-Muslim and xenophobic attacks, adding that Turkey “waits for those responsible for being brought to justice as soon as possible.”

Religious intolerance is one of the biggest issues facing the entire world today. I request the Norwegian Government to step in immediately on this matter that has affected the sentiments of Muslims globally. We must be united to overcome intolerance & live peacefully #Norway

Let us take some time to honor our Palestinian brother, hero and resistance fighter that prevented an extremist terrorist from burning a copy of the Holy Quran in Norway. #Norway pic.twitter.com/oqJr4DLEq1

More than 5 BN ppl in the world think Islam is not a divine msg, do we Muslims want to hurt or massacre those ppl? NO!.. U r free & welcome to disagree/criticise us but deliberately/maliciously desecrate/insult/humiliate/persecute? No… NOT OK! U have my respect Mr #Ilyas! ❤️ pic.twitter.com/1ZMGkWexTo

These were the latest information about Umer Ilyas (Defender Of Quran) Wiki, Information & More. We will update this data and information accordingly as quickly as we get more information. By leaving a comment below, you can share your ideas with us. Thank You!