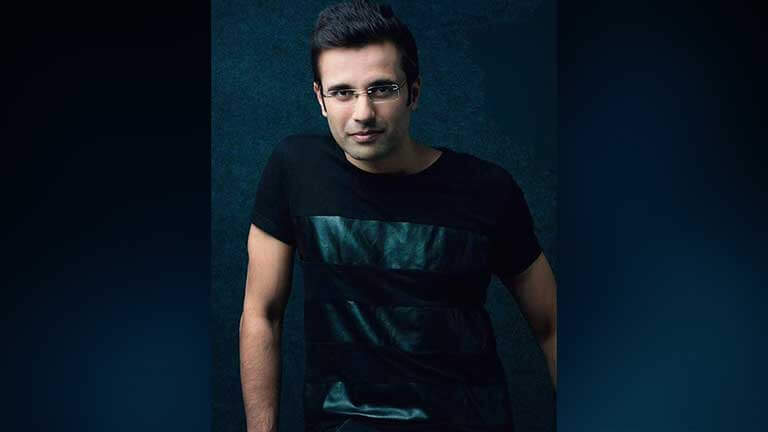 Sandeep Maheshwari gets success with very little effort at the earliest on the basis of his mind, he is regarded as separate from other entrepreneurs. At the same time, he is famous for his inspiring Free Motivational Life Changing Seminars through which he inspires and inspires a lot of peoples. You may also like to read about Dr. Vivek Bindra.

Sandeep Maheshwari was married to his school-time love Ruchi Maheshwari. The couple has a daughter and a son named Hriday Maheshwari. He is a family guy and loves to spend time with his wife and children. He likes to keep his professional and personal life separate.

Sandeep Maheshwari is a real-life role model of youngsters his net worth is around 3.5 million USD. All his income comes from his company Imagebazar. He doesn’t charge anything for his live sessions. He owns a luxury house in Delhi and many luxury cars including Audi, BMW, and range rover.

He donates a large part of his income for disaster relief funds. As he says, if you have more than you need, give them to those who are in need.

Sandeep Maheshwari an emerging entrepreneur and a phenomenal public speaker was born on 28 September 1980 in New Delhi, India. His family includes his father Roop Kishore Maheshwari, his mother Shakuntla Rani, and his younger sister. They were in the Aluminum business which eventually collapsed when Sandeep was a teenager. He completed his higher secondary education from a prestigious school in New Delhi and then joined Kirori Mal College affiliated to Delhi University for his bachelor’s degree in commerce.

From being an introvert school kid to a public speaker his life is full of turmoil. He eagerly wanted to help his family when their business was shattered but his father forced him to complete his studies. After his higher secondary he joined NIS (national institute of sales) and registered himself in an earning program there. He has to refer students to join NIS with a 20% commission per student. This experience has changed his perception of himself and added a lot to his communication skills.

Later during his college days, he got attracted to the glam and glitz of the modeling world and started modeling at the age of 19 years. But soon he left it because of harassment and exploitation which he faced. With a vision of changing the modeling world, he decided to learn photography and start his very own modeling agency. Therefore he dropped out from the third year of his college and joined a short course on photography after which he started ‘Audi visual Pvt. Ltd which failed later.

In 2001 he started working as a freelance photographer and instead of owning a studio, he decided to rent it. Sandeep has a strong desire of owning a company due to which he started many companies and tried several business ideas but most of them failed in a year or so. But he decided not to get stuck in failures. He tried a lot until he got his first major success in the form of a world record in photography for clicking more than 10,000 shots of 122 models in just 10 hours 45 minutes.

Finally, in 2006 he created Imagebazar.com an online website for photography. Initially, he handled all the operation of his websites single-handedly right from being a tele-caller, counselor, and photographer all by himself. Within few years of launching the website become the largest online website for Indian images with around 7000 clients across 45 countries.

With the idea of changing the age-old parable ‘life is tough’ he gave a new mantra to the youngsters which is ‘Asaan hai’ meaning “it’s really easy.” He started taking seminars and sessions to inspire the young generation in several fields of life. Today he is one of the most listened to motivational speakers of India.

The life of Sandeep Maheshwari is an inspiration for those who got disheartened from failures and started taking success as a matter of chance and luck. Sandeep says no matter whether you are starting with a penny or a million the main thing is to start. His deeds are a clear reflection of what he says. He became a CEO of a multinational company at the age of 29 and a successful motivational speaker at 30. His YouTube channel has around 15 million subscribers and is one of the largest non-profitable channels on this platform.

He got many awards for his business ideas like

These were the latest information about Sandeep Maheshwari Biography, Height, Age, Weight, Affairs, Wife, Wiki & More. Please do share guys this post with your friends and keep visit on NamesBiography.com for Indian celebrities biographical updates. You may share your experience or any kind of suggestion with us by leaving a quick comment below. Thank You!